The Somebody I Became Wasn’t Me 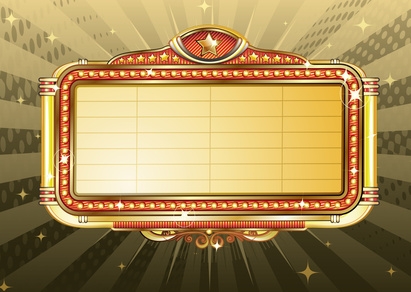 I wanted to be somebody. I wanted my name in lights: proof that I was somebody. And I made it. Oh boy did I make it…all the way to the top. But the marquee loomed up and there was something so public about it all. The paparazzi. The audience. The fans. I didn’t want the stares and the cameras and the tabloid photos of an aging woman. I wanted to jump off the edge of my world back into oblivion, because the somebody that everybody knew wasn’t me.

But first, I needed to find the edge.

Was it the boundary of Hollywood? The west coast? The east coast? The United States? Where in the world was the edge?

I asked strangers: Do you know the way to the edge?

I hid behind sunglasses and newspapers and double cappuccinos. I hid beneath the sheets, in the dimness of the afternoon shades drawn down, down, down—as down as down under, and how far down is that?

Maybe Australia was the edge.

I flew across the ocean.

Hopped from continent to continent.

Rode the trains, taxis, rickshaws. Sailed back to America.

Nowhere did I find the edge.

Columbus was right. There are no edges to the world.

It was time to travel inwards.

I drove to a rocky outcropping along the California coast and dangled my legs over the side. There, among the cypress trees, I closed my eyes and felt myself breathe for the first time in a long time.

This was me, the somebody that was always there.

This moment was the edge.

I Wanted to Be Something Grand
The Sport of Fools