Marriage and Other Questionable Institutions 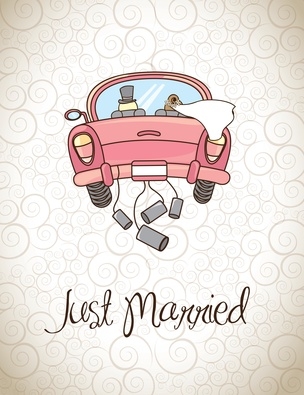 They marry…Arthur and Ivy. They raise a couple of kids. They’re living the American Dream. Throw in a two-car garage, a double income, a mortgage, and a few rounds of “I hate the way you…” (fill in the blank), and they’re edging closer to the American Nightmare.

Eventually the kids grow up, and leave, and it’s just the two of them again. She’s gazing at their wedding photos, sucking in her paunch. He’s plucking his nose hairs and coloring what’s left on the top of his head. They’re hanging onto their youth, because the road from their vantage points could use some work, maybe some federal funds.

And suddenly the road doesn’t look so bad anymore.

It’s Saturday afternoon and she sits at the lunch counter spooning up a strawberry sundae, when a gentleman two stools down sipping coffee strikes up a conversation. He’s got movie-star teeth. Omar Sharif eyes. Wow, she thinks; he’s talking to me. After exchanging pleasantries for thirty minutes he invites her to a foreign film. A matinee. She accepts. He drives.

At the movie house, as the lights dim and the music swells, he places a damp palm on her thigh. She holds still. He breathes hot air into her ear. She giggles, lightheaded. Before the subtitles have a chance to roll he’s worked his way around to her nostrils, her eyeballs, her mouth–searching every available orifice from the neck up–leaving a slimy trail. She excuses herself and dashes to the restroom and wipes her face with a handkerchief and blows her nose with a tissue and tries to still the shaking in her fingers. From the payphone in the lobby she calls her older sister, Jane, to come get her.

There, in the phone booth, she swears she’ll never date again. Ever.

But that’s before she meets the taxi driver–a burly Irishman who takes her home. Arthur. He shoos away the coins Ivy shakes from her purse to cover the fare, and delivers her to the front door–but no farther–on the crook of his arm. That’s before they marry, and raise red-headed kids; before they acquire the two-car garage, double income, mortgage, and middle-age spread. That’s before she hangs up and dials Yellow Cab because Jane isn’t answering the telephone on that Saturday afternoon.

Because Jane is out on her own date. She’s dragged her husband to an x-rated movie to breathe some hot air back into their marriage, and the two of them don’t touch at all.

But she makes him sit through it twice.