At Sixes and Sevens Over Sneakers 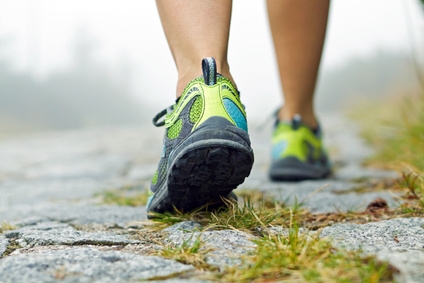 I frequented the cheap stores and the notch-above-cheap stores and the definitely not-so-cheap stores and then I girded my loins and headed into the runner’s store where every sneaker is well over one hundred dollars. Where the salesman eyeballed my stride and my stance and ran a hand under my arch and checked to see if I could bend my index finger back easily, which is either a salesman’s form of torture or a legitimate way to fit a sneaker to my foot.  And then he advised me on the best shoe, and by Jove he got it right because the thing fit like a glove.

So I forked over my charge card.

While the smiley man bagged the box of sneakers, as an aside I asked, “how long do they last?”

I expected to hear years.

For a pair of sneakers? “What happened to the kind you could kick around in for…oh…say…six or seven years?”

“Well, it’s all trending to lighter shoes. Doctors recommend buying a new pair every year.” He handed me the receipt to sign.

Hey, I’m all for runners wanting to run light. So run barefoot. Maybe a pair of socks. Just don’t mess it up for the rest of us who want sneakers to last longer than six or seven months.

Okay, I understand why runners want light. They don’t want to be clomping around the track on several inches of hard rubber.

But six or seven months?

What if we applied that same time-frame to other things. Say…marriage:

“That thousand dollar set you’ll be sleeping on every night, the one you’ll be doing a  lot of healthy activity on: it’ll last you six or seven months. Doctors recommend…”

Who are these doctors? Are they being paid by the sneaker association?

Maybe it’s a conspiracy to get us to buy more. Shoes, computers, cell phones…our stuff is designed to break down sooner so we’ll buy more. We live in a throw-away society. Good for the economy, lousy for the landfill.

I took the sneakers home. I wore them on my daily brisk walks around town. For six or seven months, those sneakers fit like a velvet glove.

And then my toes got longer, or the shoes got smaller, and the cushion disappeared…phht!…on the eight month, and I was clomping around on hard rubber.