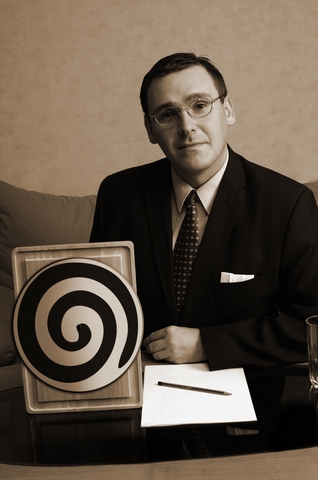 I’d tried denial. I’d tried talk therapy. I’d tried Chinese medicine and alternative medicine and pharmaceuticals, but it had never occurred to me to try hypnosis until I read an ad in the daily newspaper.

A local university was conducting a study to determine if hypnosis could cure anxiety. I was eighteen at the time. My only experience with hypnosis was watching a fellow student in psychology class slump over in a trance, and then, on command, bolt from his chair and strut like a chicken—clucking, squawking, fists curled in his armpits, elbows flapping madly.

I called the number.

In a tiny windowless room in the basement of the medical school I sat across from a man wearing a buttoned-up shirt and tie who was equipped with a pencil, a notepad and a long list of questions. He worked his way down the list to gauge if I was anxious enough to qualify for the study. This was a cinch to pass. Anyone being grilled about their mental state, sitting kneecap-to-kneecap with a perfectly groomed stranger in a room the size of a trombone case, would be anxious.

“Let’s see if you can be hypnotized,” he said. I straightened up. He told me to rest my arms on the arms of the chair and close my eyes and take several deep breaths, and then he droned on and on telling me to relax my scalp and eyeballs and tongue and jaw and shoulders and arms and fingers and so on down to the tippy tip of my toes, and then he counted down, down, down until he reached zero, and then, finally, he got to the point. He suggested that I lift my arm.

I waited some more.

After awhile I peeked.

He was contemplating my arm.

He thanked me for my time and dismissed me.

I could have told him that his stupid study had one major flaw: anxious people are unwilling to relinquish control. Anxious people have no intention of surrendering Dorothy. Getting past the gatekeeper of an anxious person’s subconscious has as much chance of succeeding as Dorothy’s cohorts had in making it to Oz on their own. Anxious people are waiting for some outside force to do the heavy lifting: a drug to dull the jitters, a pig-tailed kid from Kansas to shoo off the crows, a wizard to unlock the secret.

Years later it would be a therapist who provided the key. “I want you to suffer,” he told me, meaning: stop running. Stand under the dark cloud. Let the tornado swoop you up and rattle you to your core and then burn itself out, thumping you down in the middle of nowhere, on your path to the Golden State of Being. It’s the only way to lessen its power. And he was right. What we run from chases us.

But when I was eighteen I wanted a nice man in a tie to lull me into a trance, whisper some carefully-targeted suggestions to my subconscious, and then snap me back to reality, anxiety-free.