A Triumphant Tale of Time Management 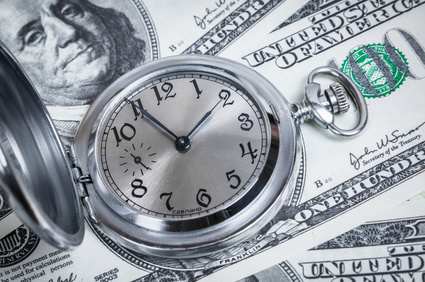 Jack Cash was a big-spender when it came to time. He spent the whole 24 on one thing: sleep.

When he was all caught up on sleep, he spent the next 24 on social media. He became a cyber voyeur, reading his Twitter feed without tweeting, hanging out on Facebook; he couldn’t get enough. He watched YouTube videos of cats boxing stuffed animals, and dogs barking Jingle Bells.

When he was all caught up on who was doing what, he spent the next 24 watching television.

Day in and day out, Jack Cash spent like he had all the time in the world.

But it wasn’t enough. He wanted more. He wanted 25 hours to spend  every day, or 30. But every day he got the same 24 because long ago someone had set the limit at 24. That’s all anyone could get, no matter how much they thought otherwise. Twenty-four measly hours a day.

And since time was money, it added up to 24 measly dollars a day.

After awhile, Jack grew bored with all that TV watching and online spying. He became restless. He couldn’t even sleep through the night; he’d wake up in the darkness, his heart flooded with adrenaline. He wanted to get out of the house.

So Jack landed a job as a security guard at a bank. That cost him eight dollars in time. And another dollar getting there and back. It cost 50 cents every morning to shower and shave and brush his teeth. All told, it added up to nine-fifty in total hours spent.

The remaining funds he spent online.

He’d been a security guard before, at See’s Candies where they gave out free samples of dark raspberry truffles. The bank didn’t give out free anything. Not even pens. He could have been home sleeping, or catching up on the Kardashians. But one thing the bank did give Jack was the opportunity to observe people from his corner. He overheard conversations, which to Jack was like a real live Twitter feed. So he kept spending that nine-fifty every weekday. A good investment.

Now, all that standing in the corner made Jack hungry. He started spending 50 cents before work drinking coffee and eating powdered donuts, and another 50 cents scarfing down a bologna sandwich at lunch. After work he’d spend a whole dollar microwaving a frozen chicken pot pie and eating it in front of the television.

That left him with twelve dollars and 50 cents to play with.

If he was a gambler, he would have played it all streaming Netflix. But he wanted to look good in his uniform. There was a certain teller at the bank.

So Jack spent one dollar lifting weights in his basement and 50 cents running around the block ten times until his heart felt alive again.

All that lifting and running and standing in the corner of the bank, all that grooming and driving to and fro made him sleepy. He had to sleep, there was no getting around it. And he loved to sleep. He loved that feeling when his body felt recharged, when his brain had rebooted, when his soul had romped around on the astral plane. He decided to spend eight dollars sleeping. Eight was just the right amount; not too much, not too little.

That left him with three dollars.

Jack was energized now. His brain, his body, his spirit were raring to go. He was a part of the world again. He wanted to learn to paint, something he’d done as a kid. He wanted to unwind in front of the TV after work, and he wanted to check out Facebook and Twitter and catch up on the newsletters he subscribed to—newsletters about how to eat healthy and how to build muscle fast. He wanted to start reading books again, and he wanted to sit in Starbucks drinking coffee and keeping an eye out for that teller from the bank who, he’d heard, drank Cinnamon Dolce Lattes after work.

He wanted to do it all but he only had three dollars, and all of those things together cost much, much more. He had to choose what he would spend his precious remaining funds on.

So he bought a planner from Walgreens and sat down at the kitchen table and budgeted his tasks. The essentials.

One dollar for an art class, 50 cents to get there and back.

One dollar for reading time.

The planner helped, but sometimes Jack spent the whole wad, the whole three dollars, on Twitter, and then realized he was broke. He had to borrow funds from sleep. In the morning he’d kick himself for overspending, for having to drag himself from bed because his body wasn’t done sleeping and his brain was still fuzzy. After showering and shaving and gulping down his coffee he’d speed to the bank, arriving fifteen minutes late.

He began to feel like a pauper. “There’s not enough time!” Jack lamented.

Then he had an idea. Jack bought a kitchen timer at Walgreens, and when he got home he set it. Thirty minutes—fifty cents—for Twitter. When the dinger dinged he shut off the computer, even if he was in the middle of reading a tweet. Sometimes he kept reading, knowing he was borrowing money from the next activity. That was okay, so long as he knew it, so long as he re-budgeted.

And then something magical happened.

So long as Jack kept his awareness in the moment and not on all he needed to do or wanted to do, he experienced every second of that moment.

Ten pennies instead of one thin dime.

And for the first time in his life, Jack Cash knew what it was to be truly wealthy.

Don’t Judge Me, Even if I Behave Like a Lunatic
Not Every Christmas Must be Memorable to be Cherished