Another Night in the Sleep Clinic, Part 2 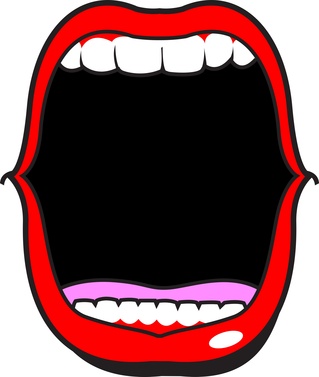 It was just another night in another sleep clinic. This one on a tree-lined street in an upscale neighborhood in an office masquerading as a hotel. Except the guests didn’t sleep; they lay in the dark on firm mattresses with electrodes taped to their scalps and faces and chests and legs with adhesive. I was one of those guests, alone in one of those dark rooms. As a bonus, I had a plastic mouthguard cemented to my teeth with purple goo.

Olga the sleep technician had plugged the guard into a machine that motored my jaw forward by increments throughout the night. I was mindful of the motoring. It made a zinging sound like a dentist buzzing his drill every half hour. Olga controlled the device from a room down the hall, and when she wasn’t giggling with her sidekick Bruno, she pushed a button that jutted my lower teeth past my upper teeth until by morning my jaw was brushing the ceiling.

“Hey!” I hollered, as well as one can holler with a jutted jaw. “Hey!”

Olga swept into the room. She loomed over my bed in her blue scrubs. I tried to talk but it was impossible with all that plastic cemented to my teeth. She bent forward and worked the device off and held it in one hand while I explained that my jaw was beginning to hurt.

“We’re almost done,” she said. “We only have one more position to move it to.”

Where, Saturn? The woman was a masochist.

I grumbled. I waited for her to show some compassion. She waited for me to stop grumbling. I took a deep breath and calmly accepted that it was futile to disagree with Olga.  So I agreed, the way you agree to let someone tug on your earlobe until it reaches your knees. She handed me the mouth guard and I tried to press it back into place but the configuration of the pieces was so screwy that my teeth wouldn’t fit. Olga calmly accepted that it was futile to continue; the information she had acquired through the night would have to do. “Would you like to try to nap for an hour?” she asked. “It’s five o’clock. I’ll wake you at six.”

I agreed to that, too, but had serious doubts about the napping part.

She closed the door behind her and I stared at the back of my eyelids until six o’clock when she returned, snapping on the lights. I rolled to an upright position and slung my legs over the side of the bed, my head hanging. Her toenails, previously bare, were now painted bright pink. Efficient. Between giggling with Bruno and motoring my jaw, Olga had squeezed in time for a pedicure. She unscrambled the wires and hung them back on the hooks on the wall, and by the time I had staggered upright and gathered my belongings she was whipping clean sheets onto the bed.

The parking lot was empty except for my Corolla and a vehicle the size of a small cruise ship. I scurried to my car, grateful that no one was around to witness my escape. I buckled up behind the wheel, catching a glimpse of my hair in the mirror. It looked like a tumbleweed had landed on my head. I pulled out of the lot. Suddenly the streets were alive with joggers and dog-walkers and stroller-pushers and bikers, and as I waited at a stoplight the BMW-driving executive in the next lane over did a double take.

It took two shampoos to remove the gobs of paste from my hair.

It took one minute to pull on my fluffy robe and fall into bed.

Another Night in the Sleep Clinic, Part 1
Music is My Mission