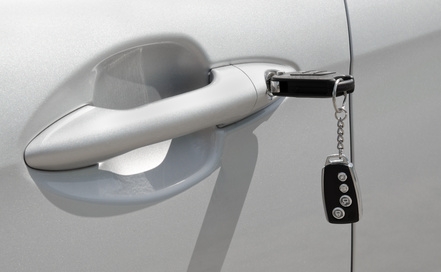 For a week I drove a rental car.

For a week, I saw the world from on high.

My car is a Corolla. A compact, unblemished jewel of a car. Or it was unblemished, until it was broadsided by a petite woman in a large car who wasn’t paying attention. That’s what I told the oblivious woman the minute I stepped out of my dented vehicle, after swerving around her and getting clipped on the passenger’s side door, after thinking I was free and clear, after merging into the right lane so she could complete her turn into the left, after seeing her monstrous vehicle pull out from a side street to make a left hand turn without pausing at the island, after thinking, she’s going to hit me! And then…I made it! And then…

I pulled over, shaking with fury, and got out of my car. She got out of hers. I gave her a steely stare. And that’s when I delivered my line:

“You were not paying attention.”

I could have waved my arms and stormed around and made my face a jolly good red, but I just gave her the steely stare and said, “You were not paying attention.” My meditation practice had kicked in.

I took my car to the autobody shop to be repaired and they gave me a Camry as a loaner. A bright all-white 2013 Camry with black leather seats that hugged my body. It had Surround Sound. Tinted windows. New car smell wafting from the vents. Mirrors through which I could see the entire street behind me without having to crank my head to look. The mechanic handed me the keys and I climbed up into the Captain’s seat and buckled myself in and thought, how the heck am I going to parallel-park this beast?

For the first day I was discombobulated. Driving to work, I got lost. From up high, the streets I drove every day looked unfamiliar. I could see the road in front of the car in front of me.

By the second day I wanted to take this beast on a road trip. And I don’t like driving. But this car…this car rolled like silk. The blinkers made a muted click, click, click sound. The dashboard lit up to a liquid blue at night. The seat fit like the palm of a hand. I felt like a new woman. Strangers, I was certain, were wondering who the babe was, stepping out of the Camry.

For a week, the world looked different.

And then I got the call. My car was done a day early. “You can pick it up in thirty minutes,” the mechanic said in a cheery tone on the phone.

I straightened up. “I can’t make it in today. I work until five-thirty. I’ll bring it back in the morning.” (After a side trip to Tahoe and Yosemite and…) I hung up.

In the morning, I took my time. I shot gas into the tank, posing alongside the Camry, gazing into the distance in case anyone wanted to snap a photo. I climbed back into the Captain’s seat and rolled down the window and waved in a queenly manner to anyone looking my way. At the autobody shop, the woman at the front desk had to pry the keys from my hand. She handed me mine.

I stepped outside and looked at my car, shiny and undented and…tiny.

Now I’m back to driving my Corolla.

But in my mind, I’m still driving the Camry.

Beginnings: Drawing the Reader In
The Agony of Writing