Have You Ever Gone to the Hospital Wearing Your Own Pajamas, and Come Home Wearing Someone Else’s? 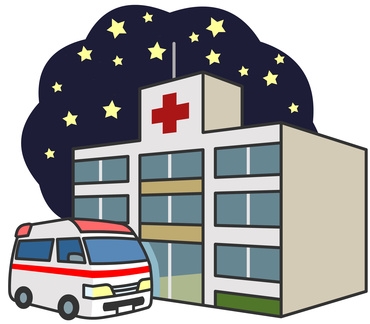 Have you ever woken up at 2 a.m., your heart beating five million times faster than normal, and no amount of deep breathing, or walking back and forth, or reminding yourself that it’s highly unlikely that the human heart is capable of beating five million times faster than normal, calms it down? So you call 911. You’re alone, after all, with your wild thoughts and even wilder hair, and four paramedics show up. The best-looking four in the universe. One of them casually searches your room for empty pharmaceutical bottles and finds one on the night stand–not because you swallowed the pills, but because you ran out–and nods knowingly to his cohort, who then notices your shelves of medical tomes, the book of symptoms, the…well, you get the picture…and asks if you’re feeling anxious.

Do you deny the possibility?

Of course you do. You’ve lived through anxiety episodes before.

So they load you onto a stretcher and unload you into an ambulance and you’re unwilling to let go of the hand of the tall paramedic who joked about politicians. It’s your last chance to back out, but too late–you’re sealed in, with a stranger, who presses a stethoscope to your naked breast. You’re sealed into that ambulance, your blood pressure climbing, and you’re willing to admit that maybe, just maybe, you are feeling a tad bit nervous. Okay, anxious. You’re feeling anxious.

Now, when you get to the hospital, is the staff having a party? Is it the one night when someone is retiring, and the cupcakes and the hot coffee are waiting?

And you are the one person who is interrupting the festivities.

A nurse hooks you up to an IV while her sidekick hooks you up to a blood pressure monitor and then they both disappear because those cupcakes are calling. And when the IV bag is empty and your bladder is full and no one heeds your calls, do you rip out the IV and lumber down the hallway to the restroom in a daze (they slipped you two benzos, remember?), and then lumber back, and find the nurses stripping the bed because what was left in the IV has puddled onto the sheets? In the process, does anyone notice that they’ve scooped up your pajama top along with the sheets? Of course not. No one cares about what you were wearing when you arrived. No one gives a rat’s ass until it’s time for you to leave, after two doctors have discussed your situation thoroughly in the hallway, within earshot.

“She’s having an anxiety episode.”

“I don’t think so. I think we should run some tests.”

And you pray for the tests because you have a feeling it isn’t anxiety that’s making your heart race, or those two Ativans would have cured it. In fact, you have the sneaking suspicion that the racing heart is a result of going off a beta blocker too quickly. But instead of a lab technician who shows up, it’s a psychiatrist, who pulls over a stool and asks you how you’re doing. “Have you had anything to eat?” he says. A cupcake would be nice. But he sends for scrambled eggs and milk instead. “You need protein.”

And six hours later, does a male nurse show up, unhook the IV, roll the blood pressure monitor away, and sit on the edge of the bed to commiserate?

“I get anxious at times too. Here’s a voucher for a taxi.”

And does he search in the bio-hazard bin? Without gloves? (As if you’d wear anything that came out of the bio-hazard bin.) And then disappear, to reappear twenty minutes later with a pullover he dug up in the laundry, something that went missing when a previous patient checked into the hospital?

I ask you: have you ever gone to the hospital wearing your own pajamas, and come home wearing someone else’s?

Because it happened to me.

I wonder who’s wearing mine now.

When the Muse is Missing, Try These Tips to Woo Her Back
Doc, I’ve Got This Thing…