I Need a Dentist Who’s Less Anxious Than Me 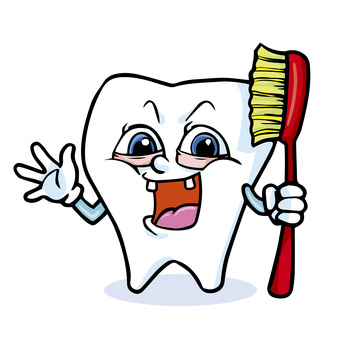 I had a pain in one of my upper teeth on the left side. Thinking I may have developed a cavity—or worse, dislodged one of my mercury fillings and swallowed it—I phoned my dentist for an appointment.

I recognized the voice; it was Doctor Lu herself. She never hired a receptionist, so she pretends to be the receptionist.

“I may have lost a filling,” I said. “I need to make an appointment.”

“Doctor Lu can see you on Wednesday at two o’clock.”

“Two o’clock will be fine.”

When I arrived, Doctor Lu was waiting behind the reception desk. She shuttled me into the yellow room on the left. She hooked a paper bib around my neck. She asked if I had any new allergies, wanted to know how I was sleeping and if I was taking any new medications, and inquired about my blood pressure. She took two x-rays and blew cold air on my teeth and jabbed at my fillings with a sharp implement and asked me to bite down on a piece of rubber and when nothing revealed itself to be a problem, she searched for one.

Starting with my neck.

Her fingers probed under my jawline and along my windpipe and then froze.

She probed some more. Dread flooded my body.

She motioned to her assistant. “How big is this?”

“That’s it! The size of a penny. Write that down.”

Doctor Lu probed some more, then handed me a mirror. “I want you to see this.” She pointed to a bulge in my neck.

“Oh, that!” I said. “That’s my carotid artery. I had it examined years ago. It’s just a weird part of my anatomy—“

“Write that down,” she said to her assistant. “Weird part of anatomy.”

“It’s nothing,” I babbled on, trying to reassure her. “I’m thinner now, so it’s more noticeable.”

“Yes. You have lost a lot of weight.”

She turned her back and consulted a laptop on the counter. “Look at these x-rays,” she said, waving me over. I peered at the screen. “These fillings are old. See how close they are to the nerve?”

I knew what was coming. We’d had this discussion many times. Sure enough, “You need a mouth guard,” she said, her voice rising. “You’re grinding your teeth at night. If you lose one of these fillings, I don’t know what I’ll do. I won’t be able to FIX it. They’re too close to the NERVE!”

“And see your doctor. Report back to me.”

I need a dentist who’s less of a hypochondriac than me.

I made an appointment with my doctor. Cost: $30. He felt the lump. He suggested that I get an ultrasound.

“But I’ve had this thing for ten years,” I said. “It’s never gotten any bigger. Isn’t it possible—isn’t it likely—that it’s fine?”

“That’s a good way to look at it,” he said. “But I want ENT to make that call. Schedule an appointment with ear-nose-throat. And schedule an ultrasound.”

I need a doctor who’s less worried than me.

Member services informed me that the ultrasound would cost $371.

“What’s the extra dollar for?” I wondered aloud.

I canceled the appointment.

Online, I checked the profile of the ENT doctor I was scheduled to see. He had started as a psychologist, then studied to be a surgeon. He also made time to become a photographer, canoeist, rock climber, wilderness guide, sculptor, sailor, chef, and sword-swallower. Okay, not the last one, but he had an impressive list of activities to his credit, in addition to raising three children, which he claimed was the most challenging activity of all. I felt good about this doctor. Maybe I could squeeze in a free therapy session while he examined my neck.

As the nurse led me down the hall to an exam room, we passed an open door. A man in a white lab coat sat at his desk wolfing down a sandwich, just shoving it in. God, I hope that’s not him, I thought.

Less than a minute later he strolled into the exam room where I sat perched on a giant leather chair. I wondered how he’d found time to chew.

He offered his unwashed hand for me to shake.

“So, you’ve got a lump in your neck,” he said. He placed his unwashed fingers on my throat. Felt the bulge. “That’s your carotid artery, “ he said. “Leave it alone.”

He pulled up a stool.

“Want a second opinion?” he asked.

I need a specialist who’s less goofy than me.

I went to the dentist to get my teeth checked. They’re fine. But I’m $570 more in debt. It would have been $941 if I’d gone through with the ultrasound.

I need a new dentist.

How to Soothe Body, Mind and Soul to Promote Healing
A Spoonful of Gratitude Helps the Anxiety Go Down