My Top Pet Peeves About the Women’s Locker Room 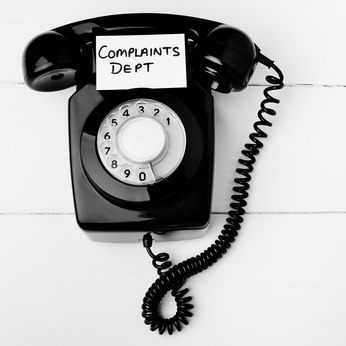 When it comes to the women’s locker room at the pool where I swim, I could list my top pet peeves. But I won’t.

I’d have to list all those gross things. Like the globs of hair that swirl together into clumps and plaster themselves over the drain like roadkill, so I’m forced to tread water when I shower.

I’d have to point out that six-year-old girls should use their “normal voices” in a tiled room, because their shrill tones will puncture the eardrums of all who enter.

I’d have to admit that if a five-year-old boy is dragged into the locker room by his mother while she suits up, he should not spend the entire time staring at me—and only me—while I shower, with a blank expression on his face. Like he’s watching the test pattern on television.

I’d have to reveal that all is not kosher in the women’s locker room. There are bare butts resting on the wooden benches where I set my gym bag. There are piles of white skin that someone has filed off her feet—piles that could fill a salt shaker. There are women who think nothing of bending over when toweling off, leaving me face-to-cheeks with a total stranger as I tie my shoe.

I’d have to say something about that certain someone who sings Barry Manilow tunes in the shower. I’d have to point out that Barry Manilow wrote songs specifically designed to permanently lodge in the brain. Like water in the ear, they’re impossible to shake out.

I’d have to mention how some people presume that if you accidentally leave a bottle of conditioner on the shower room shelf, it’s up for grabs. Even if it’s your favorite conditioner. And the manufacturer no longer makes it. I’ll give you a tip: don’t bother racing back to claim it. The bottle will be empty.

I’d have to tell about the time a teensy-weensy field mouse scurried into the locker room and hid in a woman’s shoe. The shrill tones of a passel of six-year-olds are nothing compared to the screams of a woman encountering something warm and furry with her bare foot.

I could list my pet peeves…but that would be complaining.

Even though that’s what humor writers do. Complain.

Humorists get paid to complain. For thirty minutes a comic will stand up in front of an audience and complain. Take my wife…please! Rodney Dangerfield and Don Rickles made a career out of complaining.

The thing about complaints is that whatever it is we complain about is usually something that we do ourselves. We’re just irked that someone else is getting away with it.

I’ll admit, the longer my hair gets, the more I find it lying about in places other than my head. But it’s blondish, so it’s not as obvious as those black clumps that would keep a wig maker in business for months. I’ve been known to sing in the shower, and have occasionally used a voice that’s in the range of a dog whistle. I’ve probably stared without realizing I was staring at a naked woman while she showers, and might have bent over without being mindful of the person sitting next to me. And yes, I’ve used someone else’s conditioner. But it was a pink bottle, and the stuff smelled like bubble gum, and it probably belonged to one of those six-year-old eardrum-splitters. Yeah, it was ME who used it.

But I didn’t drain the bottle.

And I’ve never tried to hide in somebody’s shoe.

But that’s only because I wouldn’t fit.

Because One Cortisone Shot Wasn’t Enough
The Sport of Complaining