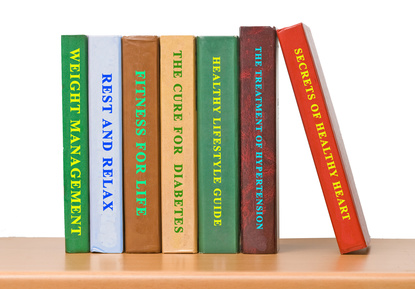 Some might think you’re a hypochondriac when you’re abnormally anxious about your health. But when does normal anxiety about one’s health become abnormal?

I became concerned about my cortisol levels. All of those adrenaline surges I’d suffered night after night after night had battered my adrenal glands to the point where they were shooting out cortisol like water from a busted fire hydrant. So obviously I needed to reset my adrenals, right?

There’s a book on how to do that very thing.

This book was written by a doctor who was on the Dr. Oz show. Not that I watch the Dr. Oz show (although if I was a hypochondriac, tuning in daily would be a tell-tale symptom). No, my mother watches the show, or she watched it this once—when the adrenal reset expert was on—and she recorded it and called me that evening and replayed the whole thing, repeating everything the doctor said about resetting your cortisol levels, which was this:

So why was I still having those adrenaline surges?

I looked up this expert online, and got his book, and in the book he clearly states the opposite: that it’s pure protein you should eat for breakfast, meaning MEAT, not carbs. Which is downright confusing! And I told him so in an email.

Hey, on the Dr. Oz show you said to eat oats for breakfast, but in your book you said…

Someone in his office emailed back, and gave me this explanation: there wasn’t much to choose from on the Dr. Oz set, so we went with what was available.

Just who is this doctor?

In between adrenaline surges, I like to sleep with my left arm flung overhead. The result? When I wake up in the morning it’s numb, which in my book is a clear symptom of a heart attack. Is this the thought process of a hypochondriac? I think not. After all, my arm has gone numb many a time. For instance: one afternoon I set my laptop on the ironing board and stood and typed for an hour, my shoulders pressed into my earlobes, and sure enough, my left arm went numb. Now if that isn’t the start of a cardiovascular incident, I don’t know what is, right? Furthermore, if I was a hypochondriac–which I’m not–I might have called Dr. Oz himself, or even Dr. Christianson, for advice. If I had their numbers. But I didn’t. So I called the next best expert: my mother.

I was taking a walk when I called her, so it’s unlikely that I was having a cardiovascular incident, which her rational mind pointed out to me. Still, you can never be too sure.

Now, some people might think that makes me a hypochondriac. And if they’ve read my blog, they might also think that I have generalized anxiety disorder (GAD), obsessive compulsive disorder (OCD), and insomnia (NO-ZZZ), all of which add up to an obvious case of Squirrels in the Doohickey (SITD).

But is my concern abnormal?

Oh, sure, I’m not above asking people if I can poke around their stomach to see if it feels like mine, since mine feels like a mine-field.

I’m not above asking my boyfriend to offer his abdomen to my probing fingers.

Now I ask you…does that make me a hypochondriac? Or you, for that matter–if you found yourself nodding with recognition?

Some might think you’re a hypochondriac because you have the urge to feel a stranger’s carotid artery in the elevator after surreptitiously feeling the odd shape of your own. “Excuse me…”

Some might think you’re a hypochondriac because you count the number of coughs you have in one day (throat clearings don’t count), and by two o’clock in the afternoon you’re up to fifty and wonder if you’re being a tab obsessive.

Some might think you’re a hypochondriac because one whole bookshelf in your bedroom is filled with medical tomes. Especially if it’s a paramedic looking at that shelf (the night you end up going to the hospital wearing your own pajamas and come home wearing someone else’s), and as he scans that row of medical titles, his eyes flash a warning to his buddy that says, “uh-oh, hypochondriac,” ….well, I’m here to tell you one thing: don’t believe it.

Not for a second.

Because in my mind…

(that is, if we’re really talking about you in this scenario, and not me),

…in my mind you’re perfectly normal.

Writing: Why Do We Do It?
How to Get Back in the Writing Saddle When Life Bucks You Off the Horse