Stop the Madness! What are you for? 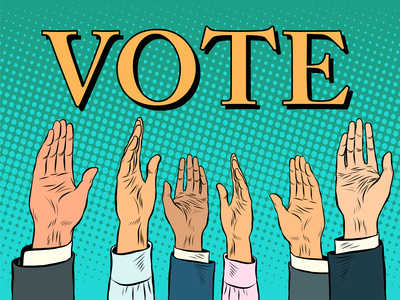 The presidential race is finally over.

The candidates are done pawing the dirt, prancing under the grip of whomever held their reins. They’re done rearing up in the starting gate and surging forth, nostrils seething, their riders whipping their flanks.

It seemed the only way to win the race was to force an opponent into the fence. To trample and maim. The closer the race, the more snorting, head-rearing, and trampling.

In the stands, I wanted to shout, “Stop the madness! I get what you’re against. What are you for? Are you running this race to beat up your opponent, or because you have it in your heart to run? Are you War Admiral or Seabiscuit? What are you for?”

I asked someone once: “If you were president, what would you do to fix the economy?”

“Well first,” he said, “I’d get everyone to come to an agreement on everything.”

“You can’t even get couples to agree on everything. How will you get a whole country to agree?”

He conceded that I had a point.

In the stands, I wanted to turn to my fellow Americans and say: “What are you for?”

“Well now, I’m all for kicking Obama out of The White House.”

“Me? Getting rid of those Tea-Partiers.”

“If it wasn’t for those Democrats and their socialist propaganda…”

Let’s all take a deep breath.

We’re real clear on what we’re against, and what we’re up against. But what are we for?

What are you for? Answer that, and it becomes our bridge to understanding.

“I’m for the rights of women to be treated equally.”

“Okay, I understand that.”

“I’m for the rights of small businesses to reduce their taxes.”

“I’m for the rights of the poor to get the aid they need, and for the wealthy to keep the money they’ve earned. I want the freedom of choice.”

Don’t we all want that freedom?

How about this for an idea: anyone who runs for president takes pledges for every positive solution they offer, like participants who walk sixty miles for breast cancer. They take pledges for every mile they walk their talk. If they don’t walk their talk, they don’t get the funds. Every insult is a demerit. Every attack is a debit. Every time they point their finger at someone else, they’re sent back a mile or two.

There was a time when a handful of men wearing white hose and pointy shoes sat around a roughhewn table and voted on who would be leader, who would wear the biggest, whitest wig. All those in favor, say “Aye.” Up went the hands. The one with the most votes, won.

Are we trying to get back to that roughhewn table? That candlelit room where we knew one another, lived shoulder to shoulder though the winters, helped raise each other’s cabins?

“What is your way? What are you for?”

Chances are, if we dig deep enough, we all want the same things for ourselves.

We all want dignity. Respect. Kindness. Acceptance. Usefulness. The right to earn an income, and get the health care we deserve. Enough funds for retirement. A safe place to live, and a supportive community to live in. For ourselves.

The best among us want it for others, too.

Now, how do we get those things? We put our heads together and work it out. We stop attacking each other with words and fists and weapons. The attackers and the attacked all fear the same thing: losing what we value. Start there, and we find common ground.

Whether we like it or not, Donald Trump will be America’s next president. Yes, he has an ego as limitless as the universe, and from his lofty perch looks down on civilization. Yes, he’s made promises to do more on Day One of his presidency than God did in six days creating the world. Yes, Trump’s Garden of Eden will have a huge wall around it. Huge. And if he’s true to his word, by the time he kicks out, sues, gropes, or offends everyone, Trump’s garden will be populated by Trump alone.

But I choose to believe when Trump steps into the huge shoes of President, it will make him a better man. Because he’ll need the help of others. He’ll need to humble himself and realize the presidency is more than one man, more than one country. It’s all of us. People of all colors and nationalities. Fat, thin, old, young, men, women, rich, poor, middle class, the press, and those pollsters in Nevada. Yep, the whole ball of humanity, spinning in space, wanting what we want, more alike than we might care to admit.

So let’s celebrate. The race is over!

Some folks bet on the winning horse. Some bet on the mare, who might have won if it wasn’t for that stumble at the clubhouse turn. And some just sat in the stands, watching. All, stunned.

But whether you felt like dancing a jig or heaving, whooping or weeping, staying put or fleeing to Canada, the next day, one thing was certain: the laundry still needed doing.