The Message in the Madness 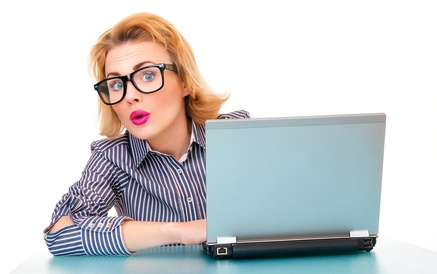 He tries to slip into the library unnoticed, a thin, elderly Japanese man wearing a beige work shirt and beige trousers rolled at the cuffs, brown moccasins and socks. But as the official Observer of Humanity, I notice him from my post at a table near the window where I’ve set up my laptop.

He carries a plastic grocery bag overflowing with papers: junk mail, newspapers—I’ve seen him grab a stack of free literature by the front door and stuff that into the sack. He lays a paper towel on a table, and another on the wooden chair, but he doesn’t sit. He stands there, systematically reading each piece of paper with a pair of long-handled shears in one hand. Then he proceeds to cut the papers up—clipping coupons?—but the scissors veer off in strange directions and he clips each piece into strips, and the strips into pieces, until the pieces are shreds.

One day The Human Shredder arrives with his usual plastic grocery bag, but instead of pulling out the scissors and junk mail he slides out a couple of paper plates fit together like clam shells. He sits down, lifts the top plate off and sets it aside, revealing a hamburger. When he pulls out a pair of chopsticks, I stop writing. He has my full attention.

With the chopsticks he transports the top bun to the empty plate. Then he snatches up the tomato slice and sets it on the bun, followed by the onion slice and the pickles. He peels off the yellow cheese, adding that to the growing stack, picks up the meat patty, examines it, and sets it aside. Lastly, the bottom bun gets his perusal and it too is added to the stack.

I wait, wondering how he’s going to eat the hamburger with the chopsticks.

He lifts the bottom bun—which is now the top bun—off the burger and places it face up on the empty plate. Then he transfers the meat patty, switching everything back: the cheese, the pickles, the onion, the tomato. The woman sitting next to him is noticing too: she has an expression on her face that says, Are you going to play with your food or are you going to eat that, because there are children starving in this world.

The man is rearranging his food. When he cuts up the newspaper, he’s rearranging the words. I have a friend whose mother-in-law rearranges the kitchen cabinets when visiting. Some people have this need to take the world apart and put it back together again in a way that makes sense to them, or soothes them, or fits their reality.

When I was five, I started a book club with a couple of neighborhood kids. We sat around a card table in my bedroom and ripped pages out of picture books…until my parents walked in. End of club. Looking back now, my mother tells me I was destroying the books to create new ones. I suspect it was my anxiety disorder manifesting at an early age.

At the pool where I swim, a plump German woman takes endless showers in the locker room. She uses a long loofah and scrubs her skin, starting at her neck and working her way down, scrubbing every crevice, then starting all over again. On the tiled wall a sign reads Please Limit Your Shower Time to Five Minutes. But she ignores the sign. Or she can’t read English. When I catch her eye, she doesn’t falter. Her face is full of pain, but she can’t stop.

I want to walk over and place my palms along her cheeks (the ones located between her ears) and tell her it’s all right, she’s clean enough. But it won’t matter. Her brain is stuck in a groove. Her synapses are firing a warning that if she doesn’t wash every inch of her body five times, or seven times, or whatever the magic number is, then something bad will happen. The Japanese man can’t just eat the hamburger. He needs to complete the ritual of rearranging it three times.

There’s no shame in anxiety. We telegraph it all the time…some better than others. The trick is to recognize it. Say, Hello, anxiety. I know who you are. I won’t fight you. Welcome. Now what are you trying to tell me?

Anxiety has a language all its own. If we pause with the scissors, the chopsticks, the loofah, and just listen, we’ll hear its message.

Is There A Manager Available?
There’s Nothing Up My Sleeve