The Upside To Being an Introvert 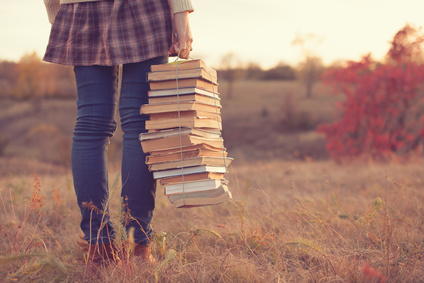 In junior high, I had a physical education teacher who doubled as drama coach. Mrs. Wattenberger, a stout woman with calves like footballs, whose goal was to make us “sweat like pigs” (an odd and impossible feat), directed the school play. I don’t recall the name of the play; it was the sort of melodrama you’d find in a volume titled Best Plays for Junior High School Students Who Need to Sweat Like Pigs, requiring zero royalties and minimal scenery. We performed this low-budget flop in my seventh year of formal education, and I landed the choice role of “The Curtain,” along with eleven other boys and girls.

Here is the gist of our performance:

At the end of every scene, we scuttled single file onstage holding a length of fabric, faced the audience, announced “the curtain falls,” and promptly collapsed to the floor. After several excruciating seconds of silence we announced, “the curtain rises,” scrambled to our feet and scuttled off, stage left.

Mrs. Wattenberger was over the moon with my debut. “It’s so wonderful to see Diane come out of her shell,” she gushed to my parents after the matinee, as if she and her football-sized calves had booted me from a life doomed as an introvert.

I’m sure she meant well, but I cringed.

I cringed every time someone labeled me “shy” or “withdrawn” or some such demeaning adjective aimed to snap me out of my supposed state of suffering. And suffer I did.

Not because I kept to myself, preferring to read a book rather than socialize, speaking only when I had something of value to say, but because others viewed me as flawed.

From my perspective, those praised as being “extroverts” were the flawed ones, uncomfortable with their own company, attempting to flee it by surrounding themselves with others, feeding on mass energy like vampires sucking the life force from mortals for survival. I was as unfair in my assessment of them as Mrs. Wattenberger was of me.

Susan Cain, in her book Quiet: The Power of Introverts in a World That Can’t Stop Talking, explodes the myth that introversion is a failing. She reveals the upside of the introverted personality—the positive traits, the contributions to society—and points out how the world benefits by valuing the quiet among us.

It would be years, cringing from such labels, before I discovered what Susan Cain had uncovered through meticulous research. If I could, I would travel back in time, shove Mrs. Wattenberger aside, look deeply into the eyes of my younger self and say, “Stand proud in who you are.”

I can, however, look deeply into the eyes of my fellow introverts and say this:

Stand proud, you who keep mystery alive by wearing disguises in your profile photos, you book-lovers and creative forces who listen intently so others may be heard. Stand proud, you who converse in your heads sharing aloud only what adds value to your worlds, who make large talk, not small, thinking fully before speaking. Stand proud, you who live in awareness, form deep friendships, add calm to hectic environments and tremble when revealing yourself—because it’s a gift you give, and it doesn’t come lightly.

Stand proud in who you are.

8 Tips for Bloggers, From One Who Knows
The Anxiety Monster Feeds on Second Fear