You Can Be the Hero In Your Job Again 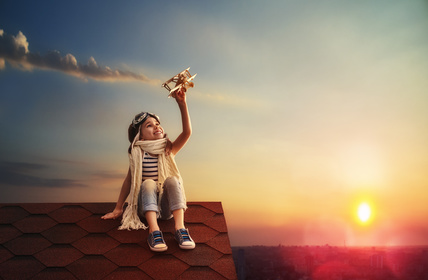 We played at working, remember?

We played house and war and spy and doctor and pilot.

Of course, it wasn’t the real deal. We didn’t clock in and pull double shifts. We weren’t hiding in bunkers as real bullets landed true. It wasn’t us telling a young couple their toddler didn’t make it on the operating table. We weren’t the ones sitting in a beat-up Buick drinking coffee from Dunkin’ Donuts and eating bologna sandwiches, and keeping an eye on a particular house halfway down the block to see if Mr. So-and-So was do-si-do-ing with someone other than Mrs. So-and-So, when all we really wanted to do was find a urinal.

As kids, work was a game. And we were the hero.

We just cut out the boring, dangerous, and unfulfilling parts.

What we really wanted, was to be all grown up. Without the responsibility.

We didn’t want to wipe real butts and mop real floors and gaze through the window wishing we were outside pretending to be mommy or daddy. No, no, no. Those were dolls we played with, plastic and rubber and cloth, and we could toss them aside when we grew tired of the game.

Playing adults, we discovered, wasn’t quite the same as being adults.

And work wasn’t necessarily all that grand.

Flipping burgers, babysitting, filing papers, getting up at five a.m. to deliver newspapers on our bike in the rain. Where was the fun in that?

Work became something we worked at. If we were lucky, we found something fulfilling to do that paid for the mortgage and groceries, letting some other poor sap bag them. If we weren’t lucky, we suffered the nine-to-five. Or became disenchanted, working the same gig half our life.

Where did our sense of play go?

What if we let the kid in us play at working again, but for real this time?

What if we did our job…as the kid?

Here’s what. We’d last thirty minutes, tops. Then the whining would start, maybe a tantrum. “WHERE’S MY COOKIES AND MILK!”

Then, out of boredom, we’d play.

Bagging those cans of soup and heads of iceberg, we’d get creative. We’d try it with eyes closed. Behind our back. Twice as fast. We’d juggle them. Loft them into the bag. “Two points!”

Filing contracts, we’d break out the Crayolas and draw pictures all over them first.

We’d find ways to turn work into a game. And if we got pulled into the boss’s office to hear, “You’re fired!” well, we’d kick off those adult-sized shoes and find a hill to roll down on our way home.

Fact is, once we crossed the line to adultdom, responsibility came with the package. Unless we planned to mooch off our parents for the rest of our lives—or theirs—we couldn’t unleash the kid on our employer’s time.

But who says we can’t bring that childlike enthusiasm, that creative imagination, that sense of wonder and exploration, to our everyday work? Who says we can’t find a way to bring the play back into working, and still be a responsible adult?

No one. No one’s saying it, except, maybe, ourselves.

So go ahead. Whistle while you work. Be the happiest dang garbage collector in the Northern Hemisphere. Be the most awestruck accountant, the most curious sales clerk, the most inventive mechanic.

Or find the work that makes you feel like a hero again.

What did you want to be when you grew up? What did you become? What one thing do you do, or can you do, to make your work fun?