A Reason to Smile 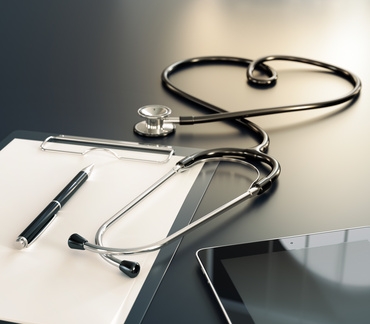 I spied Doctor Heckmann in the checkout line at Draeger’s Supermarket.

He was the hematologist who doctored me over twenty years ago. He looks like David Letterman and sounds like Garrison Keillor minus the sense of humor. Not to say that he’s a dour fellow. He’s quiet and respectful and I remember he listened not only to my heart but to my soul, and his fingers, when he palpated my liver and spleen, were warm and gentle.

I was sent to him because I had a high temperature and a horrible headache and the kind of fatigue that makes you feel like you’re Scrooge’s old pal Marley, the ghost in heavy chains who moaned and quivered and appeared cold and insubstantial. My medical team couldn’t determine what was wrong. My blood count was plummeting. My weight was dwindling. My eyelashes were vivid against my pale skin. I couldn’t pull myself from bed for six months. The team scratched their heads, pulled out their prescription pads and loaded me up on medications that gave me a rash and made me sick in ways that I wasn’t already sick, so they prescribed medications to counteract the effects of the other medications and by the time they sent me to Doctor Heckmann I was carrying a brown paper sack full of vials.

He lined the vials up on his desk. He jotted some notes on his legal pad. Then he scooped the bottles back into the bag and told me he was taking me off all the medications.

I fell in love.

Not the romantic kind of love.

This was the kind of love you feel when everything grey transforms into a lovely pastel robin’s egg blue again.

He diagnosed me as having chronic fatigue syndrome. He had several patients with the same symptoms. He admitted that the medical establishment didn’t know much about the disease and there was no known cure, but something behind his words told me that even though he didn’t have Letterman’s sense of humor or Keillor’s ability to spin a good yarn, I would find a reason to smile again.

This was the doctor I spied in the checkout line at Draeger’s Supermarket.

He was buying a large salad, a bottle of Vodka and five limes which he laid out with the same tender fingers. He avoided my steady gaze. Perhaps he had seen me smiling at him at the drug store twenty minutes earlier. Or he had seen me the week before in Safeway, observing him from the corner of my eye at the deli. Or the month before that, doing a double-take as we crossed paths in the parking lot.

Perhaps he thought I was stalking him.

I wanted to thank him for being the greatest doctor on earth. I wanted to tell him that I’m still standing because of him. But something told me not to intrude. He continued to avoid my gaze as he bagged his own groceries and turned to leave.

“Are you Doctor Heckmann?” I blurted, and he almost paused; his head moved a fraction in my direction. Then he kept going, craving his anonymity perhaps, his life as an Everyman and not a specialist in a lab coat.  Or he didn’t want to admit that he had no memory of me all.

But I will always remember him.

There are people like that in life, people who catch you when you’re grabbing at air, and when you’re back on your feet they disappear, their job done. If you’re lucky you’ll glimpse them years later, buying a large salad, a bottle of Vodka and five limes in the supermarket.

And you’ll light up with gratitude.