Eliminate Regrets in One Easy Step 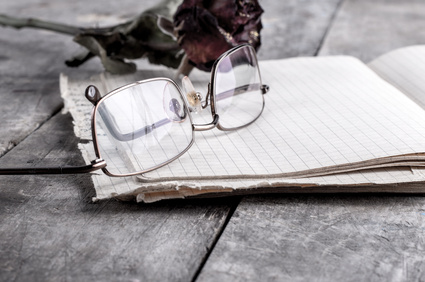 Regrets, I’ve had a few, but then again, too few to mention…

Paul Anka’s words, not mine. From the song My Way.

Me, I’ve had more than a few; and if you’re like me you’ve got a truckload of your own. I say it’s time to mention those regrets. Here. Now. It’s time to exorcise those squirrelly voices that niggle us awake at three a.m. saying: If only you had done this instead of that, gone here instead of there, spent time with them instead of those. You shoulda, coulda, woulda, mighta–but you blew it. On and on, until you’re ready to scream UNCLE!

Then take a deep breath and relax. I’ve got a prescription that will make us both feel better. I’ve got the antidote to this particular brand of squirreliness.

Grab a pen and a notebook. At the top of the first page write the word “Regrets.”

Underneath that, write the words “I regret I didn’t…”

Now finish the sentence by listing those regrets, one by one. A dozen regrets.

I regret I didn’t…

Break out of my comfort zone

Honor my need for rest

Spend more time with others

Focus on the positive instead of the negative

Okay. Now it’s your turn. Make your list. Write down all those regrets that are rattling around in your gut, boxing at your heart, clogging up your throat, whining in your ears, pounding in your head. Spill them. Quickly! A dozen regrets.

Then, when you’re done, cross out the word “regrets” at the top of the page.

Replace it with the world “goals.”

Underneath that, cross out “I regret I didn’t…” and write the words “this year I will…”

Same list, but you’ve turned your regrets into goals. Those are your intentions for the year. Your to-do list. Presto! No more regrets.  How easy is that?

Here are my intentions:

This year I will…

…you get the picture

Now for the not-so-easy part. Start at the top of your list and work your way down.  One intention a month. For a whole year. Starting now. Do it. Your way.

And let me know how it goes.