Afraid of Commitment? Join the Challenge! 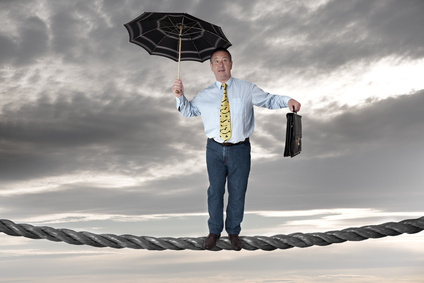 I have commitment issues.

My wise friend pointed this out over lunch at the sushi place. I was forking my way through a super vegetable roll while rattling on about blogging.

“I’ll blog when I have something to say, and not because the powers-that-be suggest that I blog to attract followers or build a writer’s platform,” I said. “I’ll blog just for the hell of it and okay, maybe I’m taking the middle road, but I don’t know if this whole blogging thing is what I want to do anymore.”

And my friend, carefully placing a slice of pickled ginger on her salmon roll with her chopsticks, said, “What I see is, you start a project and then skid to a stop. You have a problem with commitment.”

I allowed myself to take that in. I resisted the urge to fold my arms, gaze at the corner of the ceiling with a thoughtful frown, and zone out on the live poker-playing event on the overhead television.

I have a commitment phobia.

From actress to dancer to writer, I reached a tipping point and then slammed on the brakes.

I studied acting and dance, acted and danced on stage, taught others how to act and dance, and then chucked it all to write.

I’ve written first drafts for four-and-a-half novels, and when I started to rewrite the first one, I hit the wall.

Marriage? Forget it. Children? As long as they’re not mine. Vacations? It depends. How far, and for how long?

Sleep? Too boring. What if I’m missing something important? What if there’s something else I should be doing?

Driving home that day after sushi, I was sitting at a stoplight, and I thought about gravity. I thought:

I thought about how the Earth is tilted on its axis and we’re spinning ever so slowly in a vast universe.

What if gravity decided to stop doing its job? What if it decided it didn’t want to commit to pulling everything toward it, and wanted more space?

There would be consequences, that’s what. We’d all spin into infinite darkness and vaporize. I had a tingle of discomfort in my spine, thinking about that. I had to go home and lie down and ponder.

And I’ve concluded that it’s a good thing, commitment. I’m grateful to gravity for its commitment to hold us to its breast.

That’s a step in the right direction. Being grateful.

My boss, I’m fairly certain, is grateful that I show up for work and get my job done. My muse is grateful that I allow her to play in the first draft. But my editor is knocking at the door, wanting to clear the clutter, and he’s mighty pissed that I’m lying on the bed gazing at the ceiling.

The fact is, I can’t even commit to avoiding commitment.

After all, I commit to watching America’s Got Talent every Tuesday night. I commit to reading an entire book, buying groceries, cleaning the shower and showing up for work.

But something creative…that’s when the problem kicks in.

So, here’s the deal.

I’m going to commit to rewriting my novel. And blog about it so I’m held accountable. It might take six months, it might take a year. But I’m going to face this thing head-on, and when the fear rises, I’ll use my mindfulness training, my cognitive behavior therapy, my humor to overcome it. And I’ll let you, dearest reader, in on what transpires, in case you have commitment issues as well.

It won’t be easy. I see roadblocks ahead: fear of failure, anxiety about feeling boxed in, agitation about all the effort involved.

Doesn’t matter. I’ll find a way to work through those blocks, or scoot around them, or I’ll kick those suckers down. For better or worse I’m going to rewrite my novel.

Do you want to join me in this challenge? Do you want to be my commitment phobia-busting buddy? Let me know in the comments. What will you commit to doing?

When the Small-Town Parade Passed Me By
Rewriting: Making the Commitment