When the Small-Town Parade Passed Me By 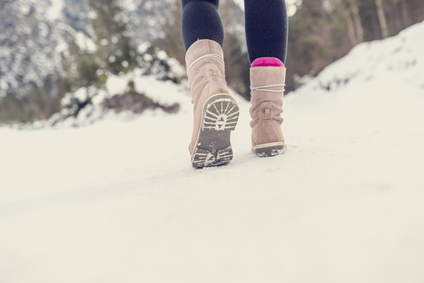 Over four months one winter, without a job or the money to pay rent, I vacated my apartment in the San Francisco Bay Area and holed up with my father, stepmother, and sister in the tiny town of Twain Harte in the Sierras, along with their rambunctious dog, orphaned cats, and a canary that sang the Tequila Sunrise song.

While I was immensely grateful to have a loving family who took me in and tolerated my anti-social behavior, as an introvert, being suddenly thrust into a household of people and pets, I failed miserably as a member of the tribe. I spent the days hiding in the guest room, making half-hearted attempts to write a novel.

Carl Hogan walked downstairs with a plate of wet cat food and was never seen again.

“What happened to Carl?” my father asked from time to time, his eagerness palpable.

I’d mumble something unintelligible and go out for a walk in the boy’s snow boots I had purchased at the local Walmart that were a size too small, trudging down icy roads to a boulder by a ditch flowing with water, where I sat and contemplated my life.

Occasionally, I visited the grocery store.

On a December evening I was on one such grocery-buying escapade, when sawhorses magically appeared on the street, blocking off the one and only road out. A parade was marching in, so I stashed the groceries in my trunk and joined the crowd of onlookers.

The tennis club led the parade, carrying their rackets and a huge banner that read “Twain Harte Tennis Club” in case there was any doubt. The Kazoo Club came next, followed by the Lion’s Club and what may have been the Dog-Walking Club, or a group of people out walking their dogs. Next up: the volunteer fire department—which is to say, the barber, the pharmacist, the newspaper editor and the taxidermist/bar owner who was also a member of the Hunting Club. A trio of girls with Shirley Temple arms rode by on their father’s shoulders—or who I assumed were their fathers but may have been the Elk’s Club. They were followed by an elderly man driving a Model T—the mayor, I guessed, and his diminutive female companion, she giving a royal wave, his more like a Texas howdy doody holler.

I heard the marching band before I saw them, rounding the corner onto the main street led by a young man snapping his baton up and down as if he truly were leading 76 trombones to the heart of town, rather than a paltry two, along with six trumpets, three drums and a french horn striving to keep up.

Bringing up the rear: Santa and his sleigh, with a bevy of helpers bringing up his ample rear. The float, wreathed with tiny white Christmas tree lights, played a tinny-sounding Jingle Bells from a single speaker, proving to be too much electricity for the overloaded contraption. The whole thing shorted out, and Santa froze mid-wave.

“Ohhhhh,” wailed the crowd lining the street. They wore mufflers and snow boots and thick ski gloves, and held hot cups of cider sold by volunteers in front of the real estate office.

A tall man standing next to me groaned and shook his head—probably one of the parade committee members who thought he had hired a jolly old Saint Nick, and not some retired bearded guy afraid of being electrocuted.

The lights and music flickered back on.

Santa settled back to waving his huge white paw, and the lights flickered off.

And so on, until Santa disappeared around a corner, and the man next to me wiped the sweat from his brow.

And that was that. The parade was over.

The crowd dispersed, volunteers packed up the cider and took down the sawhorses, and I returned to my car and sat behind the wheel in the dark.

That winter, I often felt like the parade passed me by.

And it was that kind of parade.

Free Your Voice with These Seven Rules of Writing Practice
Afraid of Commitment? Join the Challenge!