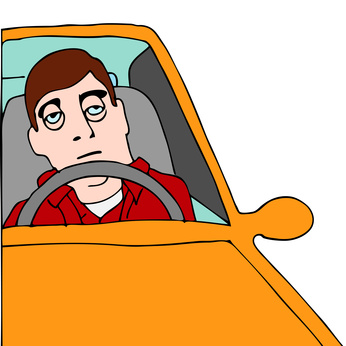 There you are, stuck in traffic on one of those misty mornings on your way to an eight hour shift at the Great Eats Deli, and truth be told, the eats ain’t so great. But it’s a living, right? And you’ve got twenty bucks and change in your wallet. Maybe it’s not sandwiches you slap together; it’s car parts, or marriages. Whatever. It’s a road you’re stuck on. Over in the next lane there’s a hole in the traffic, and you wonder: can I disappear into it, end up somewhere else, somewhere free from it all? So you angle the bumper in, let the gray fuzz envelope you, and you lean into the steering wheel letting out a semblance of a howl. You’re moving, man, and you don’t know where you’re going but you’re full up with the skin crawling, heart pounding, sweaty stuff. You’re sick of it; sick of living small. You punch the gas, the mists part, and there, crouched at the side of a long empty road trembling for a ride, is Panic.

Your shoulders slump. You slow down, pull over, and let it in.

“Back seat,” you bark, and it cowers in the corner.

A mile down and you see a blur in the rearview, something pounding after the car. You speed up but it gains momentum, dogged in its pursuit, panting, reaching out, stumbling, clawing at its throat, bug-eyed. It’s Hypochondria. You sigh. Slow down. Let it into the back seat.

It pleads, “Can I feel your pulse?”

At the gas station, after filling up the tank and doing your business in the restroom, after scrubbing your hands with antibacterial solution and using your elbow to open the restroom door, you see Obsessive Compulsive Disorder filling the trunk with boxes of rubber gloves, tubes of wipes, rolls of paper towels and bottles of water.

It gets in the back seat.

You get that squirrelly feeling in your stomach; that feeling that settles in when you want out, fast. You look around for another pocket to escape into but it’s just a long unraveling of gray highway and vast stretches of land. You strap on your seat belt, crank the engine, the passenger door opens and Depression heaves itself in. The car sinks under its weight, the tires flatten, the carburetor hacks one final cough and the car dies.

“That does it!” You fling off your seat belt and lunge from the car. “This isn’t my baggage,” you lash out at the heavens.

Maybe your baggage is Anger, Jealousy, Low Self-Esteem, and Judgment. Or maybe your baggage is Perfectionism, Worry, Attention-Deficit Disorder, and Impatience. Or maybe you don’t have baggage, you’ve dealt with it, you’re not hauling it around. Congratulations. Walk away. Stop hauling other people’s baggage. But if you take an honest look at the foursome in the car and you recognize any of them, forget about trying to escape this moment to find another, “better” one; your baggage, whatever it is, will come along for the ride. Might as well accept their presence, listen to their stories, thank them for their lessons and let them go.

But don’t take my word for it. Go ahead, stomp off down that long empty highway heading west of Anxiety as the voices babble hysterically from the car: Watch out! Put on some sunscreen! Don’t touch anything! Wah, wah, wah, fading away to an ever-present buzz.