The Art of Decision-Making 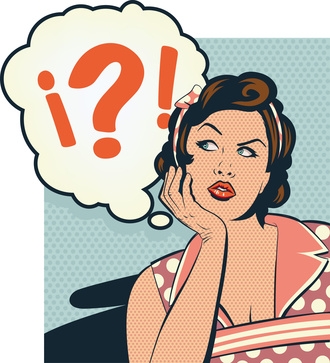 I need a new laptop. The Dell that I inherited from a friend is old; and like humans that age,  it’s slowing down, freezing up, and a bit cracked.

So I went computer shopping.

For a purchase of such financial magnitude, I needed to gird my loins and make a decision: something that Librans are not particularly adept at doing. There’s an art to deciding. So, for your edification, allow me to demonstrate the decision-making process.

1. Do the research, endlessly

I powered up the cracked Dell and reviewed the top ten laptops of 2014 according to CNET. I reviewed their picks for the best budget computers, the most lightweight, the most compact and the most highly-rated versions, and then I compared brands and specifications on Consumer Reports. I browsed e-zines for more reviews. I visited three stores and received three different opinions from three different salesmen. And then I drove home and researched those opinions online.

2. Value a stranger’s opinion over your own

After stuffing my brain with every conceivable bit of information, I drove to Best Buy. I wanted to check out the MacBook Air 13. The manager of the computer department guided me away from the Mac, straight to the Lenovo Yoga 2 13. An imposing fellow who might have been a linebacker in a previous lifetime, he said the Lenovo was just what I needed. It’s fast. It has 8 gigs of ram. It has a long battery life. It’s lightweight. It converts into a tablet and has a nifty touchscreen. Not that I needed a nifty touchscreen; but hey, it was there, and I quickly became enamored. And then he said the three magic words:

I handed over my credit card.

I had fourteen days to test drive the Lenovo. And I drove that puppy. My fingers flew across the touchscreen opening apps, swiping though pages, enlarging text, tapping text boxes. They flew over the keyboard. And I soon discovered that when typing, the cursor jumped around. The fan periodically made a loud noise. The Wi-Fi connection dropped several times.

I was not so enamored anymore.

I wanted to trade it in.

I wanted a MacBook Air.

I knew people who owned the MacBook Air, and they raved about the little darling. I had read the reviews online. Apple is number one in support. Few viruses can penetrate the operating system. It’s super lightweight. It’s a nice, bright silver color.

I wanted a Mac.

Until my poverty mentality reared up: It’s too expensive!

But so was the Lenovo. Even on sale, it’s more than I wanted to pay.

But the Mac is even pricier.

Like a bumper car, I bounced from but to but until my brain was whirring like the loud fan in the Lenovo.

And then the Macbook Air 13 went on sale at Best Buy. A hundred and fifty dollar savings! Did I rush down and trade in the Lenovo?

I waited until the last three hours of the last day of the sale, and then I drove to Best Buy. I spent an hour futzing around on the display model. I discussed the pros and cons of the Mac with three different salespeople. I called a friend and my sister to discuss it even more. And then I needed to get away from the salespeople and the bright lights and the pumped up music and my cell phone, and ponder the whole thing. So I drove home and flicked on the Lenovo and searched reviews online, because we all know that those reviews are written by people with absolutely no agenda, and all of the reviews, as I already knew, leaned heavily toward the Mac, so…

Did I trade in the Lenovo and get the Mac?

I waited to hear a clear message from my wise self: GET THE MAC. What I heard instead was my squirrelly voice:

But there’s a learning curve with the Mac.

But it doesn’t have a nifty touchscreen.

On and on with the buts. I was trying to cram logic into a decision that needed to be made by intuition. I had the facts. I needed to trust my gut.

5. Above all, don’t trust your instincts

There was a story on NPR about a man who had a stroke that destroyed the emotional center of his brain. He became Spock-like, entirely logical. He would stand in the cereal aisle in the grocery store and try to make a decision, but without his intuition to guide him, he couldn’t decide. It took him hours. This cereal has that, and that cereal has this, and so on. Madness in the making.

And what does it teach us? That it’s our emotions, our intuition, which guides us. And our intuition is nothing more than the average of all of our experiences with the object(s) in question.

I was trying to make a decision based on logic. But my logic was screwy.

What was my intuition telling me?

GET THE FRIGGIN’ MAC.

By the time I realized this, it was nine o’clock. Best Buy was closed. The sale was over. ARRGH!

6. Mentally flog yourself for whatever decision you make, or don’t make

This I did. Endlessly. And then I returned the Lenovo.

I got the Mac.

The Agony of Writing
Ten Tips to Make Life a Breeze