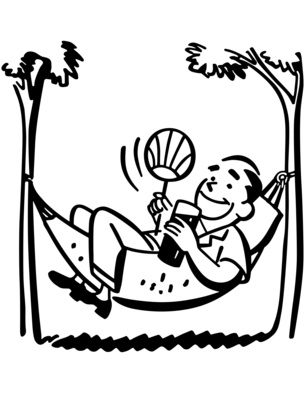 Well, the title made you click on this post, right? That’s the power of a headline. Now…can I back up that powerful headline with ten good tips?

Tip number 1: There’s a right way and a wrong way to make a To-Do list

First off, To-Do lists might as well be called To-Don’t lists, because most of what’s on the list to do never gets done. Why? We dump whatever’s in our brains onto a pad of paper, manage to knock off one or two tasks, and then we add five more. In other words, the list never ends! How’s that for motivation? So here’s the new rule: write down a reasonable amount of tasks to do, say, two or three. (Making a list for the week? Jot down seven items; one for each day.) Now…you can’t add anything to the list until you’ve done everything on it. That’s it. That’s the rule. I don’t care how long that thing hangs on your refrigerator door, you must abide by the rule. Trust me, the To-Dos will get done.

Tip number 2: The tickler file to the rescue

But I’ve got all these things that come up during the week, and if I don’t add them to the list, I’ll forget! Not so. Why? Because you’ve got a handy-dandy tickler file. What’s a tickler file? A shoebox. An in-basket. A plastic file nailed to your wall. Whatever. You get the idea. Now, when those ideas come rushing in, jot them down on a scrap of paper, one scrap per idea, and toss them in the file. Then forget about ‘em. Come Sunday (or whatever day you designate), you go through the file and do one of three things:

Do the task (if it takes less than 2 minutes)

Delegate it to someone else

Defer it to another day. That doesn’t mean you add it to the To-Do list. It means that you write it in a notebook in one of several categories:

Then, next Sunday, after you go through your tickler file, you scan your notebook and pick seven tasks to put on your new To-Do list. Got it? Good.

(You can thank David Allen for this one. His book is: Getting Things Done: The Art of Stress-Free Productivity)

Need to clean out those old files? Go through that teetering stack of magazines? Get rid of clothes you never wear? Any project can be tackled in ten-minute increments. It’s surprising how much you can get done in ten eensy-weensy minutes. Just set the timer and have at it. When the timer goes off, stop. Ta-da! You’ve made progress. Doesn’t that feel good?

We’re more productive if we take a break every ninety minutes. A break can mean walking around the office, talking to a co-worker (oh, you do that constantly? Cut it out!), running up and down the stairs, meditating, having a donut. Whatever. As long as you step away from whatever you’re doing, your batteries will get a nice recharge. If you doubt what I’m saying, read The Power of Full Engagement: Managing Energy, Not Time, is the Key to High Performance and Personal Renewal by Jim Loehr and Tony Schwartz. (Wow, that’s a mouthful!) It’s a whole book on the subject of productivity, backed up with lotsa studies.

Tip number 5: Do one thing at a time

I might have said this in a previous post, but it bears repeating. When you work, work. When you talk, talk. When you listen, listen. When you eat, eat. When you sleep, sleep. One thing at a time, buster. Mindfully. It makes the moment seem longer. It makes you feel more relaxed. Give it a try!

That’s it!  Five tips to make life a breeze.

But wait, you promised ten tips!

Well, you’ll just have to tune in next week.