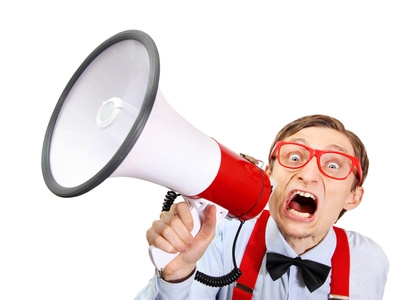 I googled it, and learned that this second brain is made up of approximately 100 million neurons embedded in a long tube that runs from our esophagus to the elimination station. It oversees our digestion. It sends us “gut feelings.” It influences our moods, housing 95% of the body’s serotonin. In other words, it has a mind of its own.

Which got me to thinking, who’s overseeing those 100 million neurons and that overpopulation of serotonin? Who’s running the show down there, manning the ship, tending the store?

Is it a frazzled guy, pale and jumpy, hollering through a bull horn? “We’ve got to move along quickly! It’s not safe here. Run, run, run!”

Is it a buttoned-up, tense fanatic with polished nails and a stiff spine reading from a rule book? “I’m in command here. Nobody goes until I say go. So stop where you are, bulk up and prepare for a long winter.”

Is it some poor sap in a straitjacket? “My hands are tied! Everything’s out of control!  Help! Help!”

Or is it the mellow dude, the one with the long hair and calm eyes sitting lotus style on a cloud. The one whose vibe makes everything hum. “It’s all good. Relax. Tune in to your natural rhythm. Chill for a bit, then we’ll engage in some gentle dance moves, some liquid ballet. All is well.”

I want that guy at the helm.

But to get that guy, I have to slow down. My Wise Self advised me to practice deep breathing before eating. Practice gratitude, giving thanks for everyone who grew, harvested, transported, and prepared the food I’m about to relish. Practice being mindful of what I fork in, and then chew slowly, because digestion starts at the point of departure.

“You mean take longer than five minutes to eat a meal?”

“If I do all that…the mindfulness, the gratitude, the breathing…will my inner tubes be vibrating ‘om’?”