I Had A Visit From A Peeping Tom 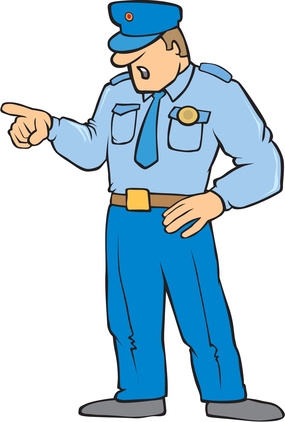 Ventriloquists have their dummies. I have my sub-personalities. I engage them, sometimes, to work out issues. When I had a visit from a peeper, I wanted sympathy, maybe some wisdom. What I got were wise-cracks.

Was this visitor invited? asked my wise-cracking self.

Of course not. It was a peeping Tom! Or Tammy. It might have been a woman. I never actually saw the person.

How do you know the peeper was peeping?

I saw a cell phone. My bathroom window was open a crack, and someone stuck their cell phone in so they could observe me.

What were you doing?

You weren’t baggy panties, were you?

Of course I wasn’t wearing…I don’t even own…the point is, someone was taking photos of me with their cell.

No I did not. I screamed some choice words.

Well…that’s better than hollering, “I’m telling my mother on you!”

Oh come on. I was in the second grade. I was being hauled off to the principal’s office by that yard duty lady. And for what? Climbing the cyclone fence.

You were trying to escape.

It was the second grade!

You kicked her in the ankle.

She deserved it. And if I had caught the peeper, I would have kicked him too. Higher up.

So you called the cops.

You’re darn right I called the cops. And then I put on some pants.

And some shoes. Some real shit-kicker shoes.

And then I waited in the driveway until the cop pulled in. He was an older guy, and when he got out of the car he tried to swagger, but it wasn’t all that impressive. He asked if the peeper was still around, and I said I didn’t think so, and he told me to stay put while he went around behind the cottage to investigate.

Darn tootin’. And I spotted an old wire coat hanger in the leaves behind the window—a clue!—but he wasn’t impressed.

And I said, “I would have heard someone crunching around in these leaves, right?” And he said, “Were you taking a shower?” And he was right…I had been. For a short period of time the peeper might have seen me completely naked when I stepped out of the shower, which is twice as mortifying as seeing me half-naked, and I must have turned crimson just thinking about it because the cop said, “Don’t worry, he didn’t see much.”

Exactly! No sympathy. Then I followed him inside while he checked out my tiny bathroom, and I could smell the coffee on his breath.

Any donut crumbs on his uniform?

But you noticed the coat hanger.

ANYway, we reconvened in the driveway. Another police car drove up and a thick Asian guy got out. He didn’t swagger. But he did notice that the front door of my landlady’s house was ajar. “Is that always open?” he asked, and I said “No.” Both cops drew their guns. They nudged the door wide. They crept inside. I few seconds later I heard footsteps pounding down the hall and they reappeared with the construction worker’s helper in tow.

There was this kid doing some remodeling work in the living room. He had dark curly hair and wild eyes and he looked like a ton of adrenaline was jolting through him when they hauled him out.

Did he have a cell phone?

You betcha. He shot over to his car to fetch it, and the older cop held it up and asked, “Is this the phone?” and I said, “No. Maybe. I don’t know. It all happened so fast.” He scrolled through it looking for photos, found one of interest and showed it to his partner. They both chuckled.

Then he said, “There’s none of you,” and tossed the phone back to the kid.

And you believed him?

I was assured by my landlady that “nothing ever happens in this neighborhood.” The friendly neighbor two doors down even said so. “The police never even patrol here,” he said, “because nothing ever happens.” If nothing ever happens, wouldn’t a peeping Tom be an occurrence worth noting in the police blotter? But no. When I phoned the officer to see if he had any leads, his greeting was, “oops, you caught me in the shower.” And when I suggested that he feel free to patrol the neighborhood, he said, “Sure. Why don’t you invite me in for coffee.”

Tell me you didn’t giggle. Or swoon.

I asked the landlady for a dead-bolt on my door.

The construction worker who installed it said, “Personally, I hope some jackass kicks my door in so I can beat the crap out of him!”

There’s testosterone for ‘ya.

Okay, granted, the worst that can come of this is that a half-naked photo of me appears on the front page of Yahoo.

It would have been funnier if you were wearing baggy panties.

Maybe. But then I would have had to kill the peeper.

It was the kid…you know that, right?