The Sport of Fools 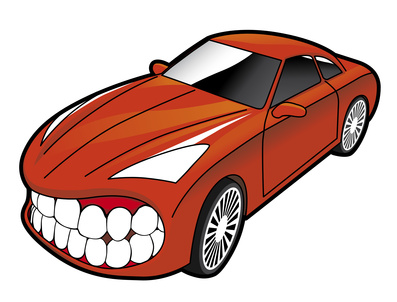 I’m three cars back at a stoplight, idling behind a silver Lexus, idling behind a red sports car. The light turns green. The sports car stays put. After a respectable amount of time Mr. Lexus toots his horn. This isn’t a lean-on-your-horn MOVE YOUR ASS, YOU MORON kind of toot. It’s a delicate tap, the kind that chirps, Sir, did you notice the light has changed?

Not only does Mr. Sports Car notice, but he decides the toot is an invitation to engage in a round of Road Rage. For anyone who is unfamiliar with the game, it goes like this:

First, try to force your opponent onto the sidewalk. If that fails, play bumper car from behind. If you become bored with that maneuver zip around and zip in front and slow to a maddening crawl. If your opponent moves laterally and gains some distance, floor the gas and chase the rascal, right up to the next stop light. Then flip the finger. Checkmate.

When did driving become the sport of harassment?

Here’s a thought Mr. Bad-Sport: if you want to harass somebody, don’t take it out on an unsuspecting motorist. Instead, drive home, pick up the phone, and call that burger joint where you worked as a teenager—the one where the owner harassed you so much you felt like garbage just for showing up. You know the one. You still remember the number. Call and order a hundred hamburgers to go. Say you’re ordering food for a Very Important Party. Leave a fake credit card number and then go to bed.

When you feel that harassing urge, pull over, pull out your cell phone, and call that radio talk show, the one with the blowhard whose sole purpose in life is to whip the listening public into a frenzied froth. Make a request. Engelbert Humperdink singing Feelings. Tom Jones singing Some Enchanted Evening. If the blowhard screams something about liberals and hangs up, don’t let that dissuade you. Call back. Request Ethel Merman singing anything.

Breathe. Deeply. Then face the facts: the driver of the car behind you tooted on the horn because the light turned green and you were off somewhere having an out-of-body experience. You were rehashing the argument you had with your wife at breakfast, or composing a scathing retort to use when someone cuts you off in line at the post office. At any rate, you were Not In The Moment. So breathe. Deeply.

And consider all future toots as gentle reminders that you’ve gone missing again.