We All Have Our Thing 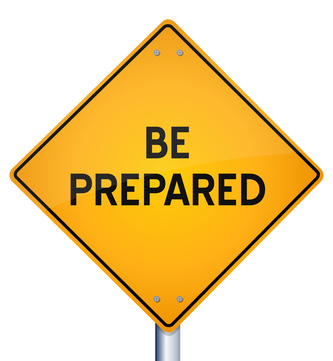 A year ago, on October 29, Hurricane Sandy hammered the East Coast.

It scooped up houses from Hoboken streets and rearranged them elsewhere. It flung a boat onto the subway tracks, a two-story onto the turnpike, a roller coaster into the ocean. It uprooted trees and carted them away on the belly of the Hudson, along with a fleet of cars, a 200-year-old skull, a week’s worth of garbage and the entire sewage system of Manhattan. It left live electrical wires sizzling in a watery stew of bacteria.

On the other side of the country, dining al fresco in seventy degree weather, Californians watched with horror on their Smartphones.

“Who names a hurricane Sandy?” I asked a friend. “Sounds like a happy-go-lucky kid. Why not call it what it is…Satan.”

A week later, I was talking long-distance on the phone to a woman who works for a publishing company in New Jersey. “Don’t mess with the Tri-State people,” she said. “We have Springsteen.”

“Sinatra!” I added, even though, technically, he’s dead.

“We all have our thing,” she said, “Hurricanes, tornadoes, drought, earthquakes…“

My pulse zinged. I shifted in my chair. Californians don’t like to hear the “e” word.

In 1989, when the Big One hit, I was napping in my second floor apartment. The stucco building bucked like a boat on choppy waters. I crawled to the hallway and braced myself between the wall and the closet door as dishes crashed to the kitchen floor, framed photographs popped off the walls, the globe from my grandmother’s antique lamp splintered into a million brilliant shards. I heard the thud of heavy furniture and a neighbor’s scream. When the rolling stopped and the sirens started, I peeled myself from the floor. I grabbed the earthquake preparedness manual and, fueled on adrenaline, barked orders from the driveway after my neighbors dragged themselves out from under the bookcase. Does anyone know where the gas meter is? Because according to page one, we need to turn it off. And who has a wrench?

On the phone, the gal from the East Coast said, “The whole Jersey Shore is gone,” then added with a laugh, “They won’t be able to shoot that television show here anymore. We’re happy about that.”

Don’t mess with the Tri-state people.

We all have our thing. And the best we can do is be prepared. Stock an emergency kit with water and food and a can opener and extra medication and a windup flashlight and a portable radio and batteries and first aid supplies and a change of clothing and sturdy shoes. Maybe a game of Yahtzee. Store it where it won’t get sucked up by a friendly hurricane. Because what good is an emergency kit if it’s floating down Broadway?

Every now and then I mentally tick off the tools in my own box:

If I don’t end up as food for bottom feeders halfway to Hawaii, at the very least I’ll have a handle on my anxiety.

The Sport of Fools
Only One Person Can Kill a Dream