Top Ten Tips for Burglars Who Bungle and Robbers Who Run 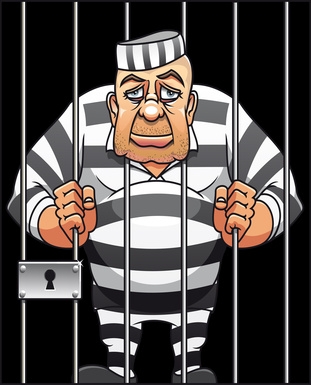 There have been a rash of burglaries in the town where I live. Last week, the police captured the man who was responsible. According to the newspaper, at five-thirty in the morning an alert senior citizen phoned the police about a suspicious-looking character prowling around the neighborhood. Turns out, this suspicious-looking character had just looted a house while the owner snoozed. The police had no trouble tracking down the thief; he was hiding, with the loot, in a port-a-potty.

Here are my top ten tips for those who thieve:

1. Don’t hide in a port-a-potty. If arrested, you’ll be forever branded as The Port-a-Potty Prowler.

2. When hitting multiple homes over several weeks, don’t cart all of the evidence around in your car. Especially if you have a busted taillight. If you get pulled over, you’ll be the one who’s busted.

3. If your workday begins at five A.M., don’t hit a neighborhood that has a senior citizen. The old fart will be awake.

4. If you’ve never set foot in the neighborhood where you’re prowling, you’ll look suspicious. Especially if you’re wearing one of those little black Halloween eye masks. Better to rob a house where you look familiar. Like your own.

5. Don’t sell stolen loot on your front lawn and call it a garage sale.

6. When robbing a bank, make sure you have a getaway car, not a bicycle.

7. Ditto for sneakers. I don’t care how fast you run.

8. After robbing a bank, don’t wait in the lobby for your mother to come pick you up.

9. When robbing a store, make sure you know the difference between “drive” and “reverse.” Many a robber has backed through a plate glass window trying to escape.

10. Quit the burglary racket and use your thieving skills to find gainful employment instead. Become a politician. Or a car salesperson. Or a lawyer.

And here’s a bonus tip:

11. Send a woman to do the burgling. I’ve never heard of a female burglar. Bank robber, yes. But not a burglar. Either women never get caught, or we just haven’t broken through that particular glass ceiling.